What is an Algorithm?

Being Software, 8 months ago 0

An algorithm is a sequence of sequential instructions, thanks to which specific processes can be carried out and given a response to particular needs or decisions. These are ordered and finite sets of steps that allow us to solve a problem or make a decision.

Algorithms are also prevalent in mathematics and logic and are the basis for manufacturing user manuals, instruction booklets, etc. Its name comes from the Latin algorithms, and this last name comes from the Persian mathematician Al-Juarismi. One of the best-known algorithms in mathematics is the one attributed to Euclid, to obtain the greatest common divisor of two positive integers, or the so-called “Gauss method” to solve systems of linear equations.

Characteristics Of The Algorithms

An algorithm must offer a result based on its functions.

The algorithms have the following characteristics:

The algorithms operate in sequence. Therefore, they must be process one at a time.

Accurate. Algorithms must be precise in approach to the subject. That is, they cannot be ambiguous or subjective.

The algorithms must set in the precise sequence for their reading to make sense and solve the problem.

Every sequence of algorithms must have a specific purpose. Therefore, it cannot be prolong to infinity.

Every algorithm must offer a result based on the functions it fulfills.

The same algorithm before input elements must always give the same results.

What Is An Algorithm For? 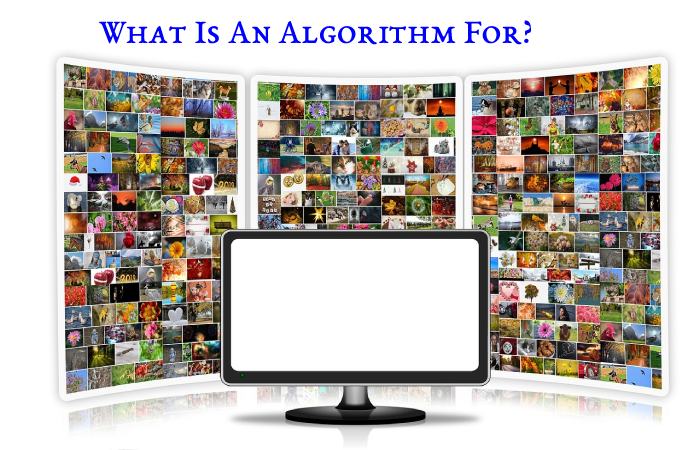 An algorithm is use to solve a problem step by step. It is a series of ordered and sequenced instructions to guide a specific process.

In Computer Science, however, algorithms constitute the skeleton of the processes that will later be codify and programmed to be carry out by the computer.

There are four types of algorithms in computer science:

An algorithm whose resolution depends on computation and which can be performed by a calculator or computer without difficulty.

Those that do not require the processes of a computer to solve or whose steps are exclusive for the resolution by a human being.

It is an algorithm whose resolution involves not numerical calculations but logical and formal sequences.

On the contrary, it is an algorithm that depends on mathematical calculations to find its resolution.

Parts Of An Algorithm

These algorithms do not find the optimal global solution since, when making a decision, they only consider the information of the decisions they have made so far and not the future ones they may adopt. However, some cases in which greedy algorithms reach optimal solutions are:

Review What is an Algorithm?. Cancel reply

What is A PC Antivirus?

How Do Logistics Applications Improve Management?

Being Software, 8 months ago
Digital Marketing

Being Software, 6 months ago
Conversion

What are VR Glasses Compatible with PS4?

Being Software, 8 months ago
Tech

How To Convert 32 Inches into Feet?

Being Software, 8 months ago